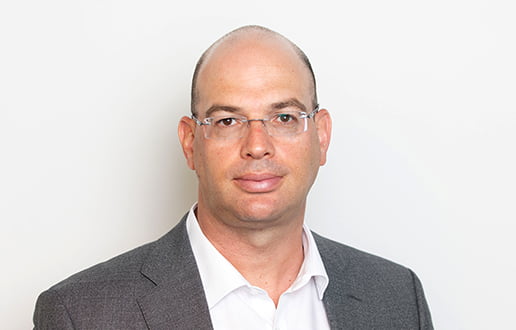 Zohar, one of the firm’s founders and the head of its Litigation Department, has over 20 years’ experience representing foreign and Israeli clients in commercial disputes. Zohar is involved in some of the most complex and sensitive litigation, arbitration, and mediation proceedings in Israel, and has an excellent track record of achieving results for clients.

Landmark cases in which he represented both corporations and individuals include disputes about investments in venture capital funds, rights of minority shareholders, IP infringement, derivative actions, corporate infrastructure, class actions, and distribution agreements. Zohar has acted for some of Israel’s largest corporations, before both the administrative courts and the High Court of Justice.

Zohar’s profound understanding of commercial law, and his ability to harness this insight on behalf of his clients, has established him as one of Israel’s best-known litigation lawyers.

In 2004 he was chosen by Forbes magazine as one of the ten most promising commercial lawyers in Israel.

Both foreign and Israeli legal directories rank Zohar as a leading lawyer in his field. The prestigious Chambers and Partners‘ – Global Guide describes him as having “years of experience representing companies in high-profile and high-stakes business disputes.”

In addition to his legal work, Zohar is also involved in several nonprofit organizations dedicated to promoting education in Israel.

In a precedent-setting ruling, a family court ordered the losing side in a family dispute to pay the winning side attorney's fees and court expenses in the extraordinary and unprecedented amount of NIS 2 million. This ruling indicates a sweeping change in the Israeli legal world, following new regulations that came into effect in January 2021.

Our firm is representing a Canadian citizen in a NIS 5 million lawsuit against Moshe Hogeg, a well-known Israeli entrepreneur in the crypto field. Our client claims the funds raised by Hogeg’s company Stox were used by the defendants for their own personal purposes, and that the defendants violated their obligations to investors.

Advising on an Administrative Appeal to Cancel Land Grant

Last April, the Maxima company, controlled by billionaire George Horesh, received a 34-acre plot in Ashdod from the Israel Land Authority, without there being a tender process.

Three private landowners holding factories near this area petitioned via our office for the Land Authority's decision to allocate the plot without a tender be cancelled. Zohar Lande, Gal Livshits, Adi Shoham, and Dana Filber represented the clients.

See all news of Zohar Lande >