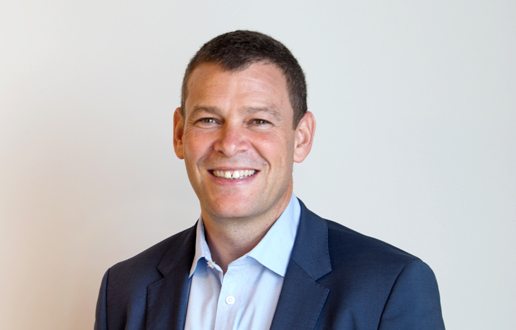 Simon is a founding partner and the head of our Corporate Department. Simon has a diverse practice advising foreign companies operating in Israel.

Simon is hugely experienced in multi-jurisdictional transactions and has extensive experience in advising on local and cross-border mergers and acquisitions. He represents international and Israeli companies, venture capital, hedge and private equity funds and strategic investors in M&A and financing transactions.

Simon also specializes in advising on infrastructure projects and project financing transactions. His experience extends to a broad range of projects, including transport, electricity, water, solar energy, and gas. Simon is recognized by Legal500 as a Band 1 lawyer in Energy and Infrastructure.

Simon qualified as a solicitor in the UK and then worked in London, where he specialized in UK corporate acquisitions, disposals, and venture capital-related transactions. Simon writes regularly in international legal and business media about infrastructure, and he is consistently ranked in both local and international legal directories.

Simon is ranked regularly as a leading lawyer in the banking, project development, M&A, and PPP/PFI fields in the prestigious IFLR1000 rankings.

In Chambers and Partners’ global guide for 2018, Simon was ranked as an expert in the Project & Energy and TMT/Corporate areas. The guide describes him as “well known for his involvement in a number of significant infrastructure projects”.

The Chamber’s HNW guide for 2018 also ranked Simon as an expert in the field of Private Wealth Law. The guide describes him as “an excellent lawyer, who blends the highest quality of interpersonal skills with a strong commercial understanding”.

Simon is an avid supporter of West Bromwich Albion FC and a member of the MCC.

Solicitor of the Supreme Court, Law Society of England and Wales, 1994

After a year of negotiations, Jerusalem Light Rail concessionaire Shapir Engineering and its Spanish partner CAF announced the closure of a financial agreement for the construction and operation of a network of light rail lines in Jerusalem. The project's initial financing, amounting to nearly NIS 4 billion, will be led by Bank Hapoalim, with the participation of First International Bank of Israel, investment house Altshuler Shaham, and insurance company Migdal. Our firm's Simon Jaffa and Samuel Henry Samuel represented CAF in the transaction. This is CAF's first project in Israel.

We represented a group of institutional lenders, including Psagot and Amitim, in a deal to finance Shikun & Binui Group's construction and operation of a power plant in Ashdod, for approx. NIS 600 million.

Our firm was chosen to provide the Israel section of a briefing on governmental measures taken during COVID-19 in key jurisdictions. The publication offers a general summary of the law and is aimed to assist businesses through these ever changing times.

See all news of Simon Jaffa >