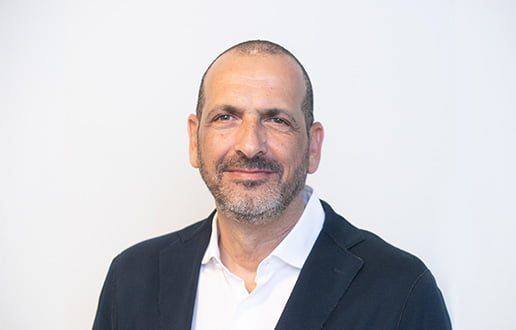 Micky, the firm’s Founding and Managing Partner, is recognized as one of Israel’s leading corporate lawyers. His diverse practice encompasses corporate, securities, technology, and cross-border matters.

Micky has earned an excellent reputation for working with private and public companies on securities offerings, fundraising, M&A transactions, transfers of control, and reorganizations.

Micky is greatly respected as a legal advisor to public companies traded on both Israeli and foreign stock exchanges, as well as to foreign investors with stakes in Israeli publicly-traded companies.

Micky is a well-known figure in the Israeli hi-tech ecosystem. He lectures on a regular basis to various Israeli accelerators and incubators, in addition to serving as a mentor for young entrepreneurs.

The Chamber’s HNW guide for 2019 also ranked Micky as an expert in the field of Private Wealth Law. The guide describes him as “takes nothing for granted and very thorough”.

The IFLR1000 directory also steadily ranks Micky for his work in the Capital Markets: Equity and M&A sector. The ILFR1000 pronounced him as “ a professional, a deal maker and a doer. He focuses on the right topics and is very experienced.”

In addition to his work with the firm, Micky was appointed as the Middle East Liaison Officer of the IBA Law Firm Management Committee.

Member of Israel Bar Association since 1993

Micky Barnea Op-Ed: TASE IPO – The Light at the End of the Tunnel?

Globes published an op-ed by Micky Barnea on the Tel Aviv Stock Exchange's latest move to attract new investors with a public offering of its shares. According to Micky, "This listing could be a turning point in anticipation of a long-awaited change, bringing a revival of the stock exchange and the domestic capital market."

Our firm represented Azrieli Group in the sale of its holdings in Supergas to Elco Group for NIS 820 million. Azrieli was represented by Advs. Micky Barnea, Ilan Blumenfeld, Sagi Gross and Daniel Kleinman.

Micky Barnea was interviewed by the British magazine Legal Business about whether the political situation in Israel has affected its economy. Micky noted that investments, from both overseas companies into Israel and in the local market, remain extremely strong, and expressed future confidence in the Israeli economy.

See all news of Michael Barnea >