The Gap between Increasing the Agricultural Value Chain and Regulation 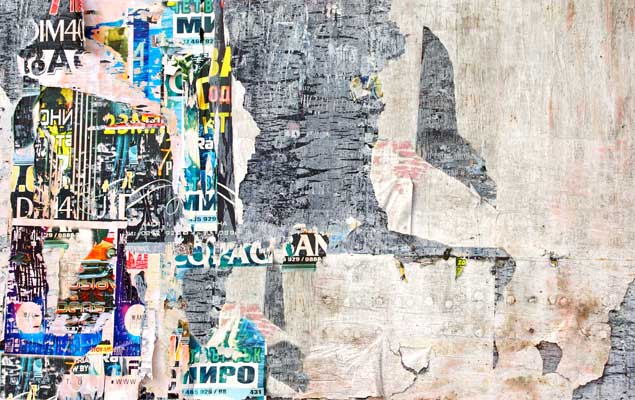 There is no dispute as to the national importance of agriculture. Over many decades, agriculture has been synonymous with “settlement,” “pioneering,” and “Zionism.” Jewish immigrants arrived from all corners of the diaspora, settled, worked the land, and made the wilderness flower. Indeed, continuously since then, Israeli farmers have won international recognition and Israeli agriculture has become renowned around the world.

However, the agriculture industry is not challenge free. There are, of course, the classic challenges inherent to agriculture – the impact of climate, water shortages, pests, crop disease, and, more recently, agricultural terrorism. Alongside these are the challenges brought on by the 21st century, requiring agriculture to adjust to innovation through research and development. For example, to overcome shortages in manpower, automation is needed. But not just. In the 21st century, agriculture must re-invent itself to survive. This is true for several reasons: Agriculture inputs are more costly than their outputs, and therefore agriculture must take on broader meaning in the form of production of agricultural inputs. (See, for example, Hishtil, Netafim, and others.) In addition, since the farmer is disconnected from the final consumer, great gaps in brokerage and intermediaries are created, preventing agriculture from meeting its full potential.

The solution for these latest challenges is rooted in aspiration – to grow the agricultural value chain. Namely, the farmer must be involved in the entire value chain, from the input stage through to planting and growing produce, picking and packaging the fruit, and the marketing channels to the final customer.

In light of the agricultural exemption for certain restrictions in the Antitrust Law, this is possible through organization. The goal in operating through a cooperative is to provide all the services and means necessary for the farmer, as well as to maximize profits so that the whole is more than the sum of its parts.

However, the desire to increase the value chain is clouded by regulation in the form of strict statutes, ordinances, and policies. Since the list of restrictions and prohibitions is long, a complementary system of policing and enforcement has been created. This effectively turns farmers into lawbreakers, to the extent that it is possible to confiscate produce, seize the truck delivering it, and, at times, even expropriate the land on which it grew.

Several primary barriers can be identified:

When in the course of increasing the agricultural value chain a community wishes to establish a food center, a sorting institute, a packaging warehouse, etc., it is necessary to conduct a change in designation transaction from agricultural land to industry with the Israel Land Authority (ILA). However, several restrictions exist. For instance, the ILA conditions service for service – until the entire range of uses in the community that the ILA views as nonconforming are settled, the transaction itself cannot be handled. This condition may, at best, delay a transaction, or, at worst, completely derail it. Afterward, there is a limit on acreage, the manner of agreement, etc.

In addition, a new policy developed by the ILA is that agricultural communities are not permitted to terminate development agreements if they do not meet the conditions of the development. Only the ILA may do so, holding the community hostage.

When a community or farm wishes to cooperate through common growing, they are then under the purview of the Ministry of Agriculture & Rural Development. This authority is governed by an archaic law, The Agricultural Settlement Law (Restrictions for Use of Agricultural Land and Water) 5727-1967. The law stipulates that the holder of agricultural land and a water quota may not convey them to another, unless done in accordance with the law. Though seemingly a broad stipulation, effectively, only partnerships defined by the strict standards of “true partnerships” are approved to perform such conveyance.

Following the recommendation of a team that was established, a protocol regulating indications the Ministry of Agriculture & Rural Development must examine when deciding on applications for permits to be a “true partnership” was published. However, some of these indications not only do not reflect a true partnership, but also, in fact, compromise the forming of true partnerships in a community that desires them.

The goal of the law was clearly “you snooze, you lose.” However, over the years, and with the development of innovations in technology, changes have occurred in how the communities produce income and their use of the land that sadly did not find expression in the law.

So, for example, a community is prohibited from receiving consideration for conveying rights in land and water. On the other hand, it is also required to provide funding for a joint venture at a significant rate (with a negative view of a loan for such purposes from the partner to the joint venture). This effectively harms the community twice over. There is no dispute that some of the means of production the community has made available to the joint venture are its rights in land and water quotas, and in this author’s opinion, there should be no distinction between these specific production means and other production means for which consideration is permitted (such as accounting services, etc.). This is so long as receiving such consideration does not contradict the essence of a true partnership, where the partners take on the risk of losses and the chances of profits.

About a year ago, the Nitzan Commission, which was convened, inter alia, to discuss the Agricultural Settlement Law, published its recommendations. However, beyond amorphous recommendations, no clear operative decision was made.

Another barrier is the National Committee for Planning and Constructions for Areas Prioritized for Residence. The Law to Promote Construction in Areas Prioritized for Residence (Temporary Order) 5774-2014 allows the state to demand the return of agricultural land in order to turn it into areas prioritized for residence. The law, through the National Committee and subject to the relevant resolutions of the ILA (1469 and 1470), threatens communities and coerces them to sign agreements and actually return agricultural lands to the state within an unreasonable period of sixty days, or otherwise lose various incentives and be evicted under eviction orders.

This aggressive and disproportional measure is practically absurd. On the one hand, the community is required to immediately return its rights in its agricultural lands, and thereby lose its source of income to the extent of total destruction of the settlement in Israel, while, on the other hand, construction on the land will only take place in several years, if at all.

Sadly, the “carrot” embodied by the relative entrepreneurial right in the areas, which communities who vacated their agricultural land in time are meant to receive, becomes a bitter pill to swallow because of the issue of the double purchase tax the tax authorities demand  be paid by long-term lessees selling their entrepreneurial rights. This, in effect, impedes the economic profitability and makes such a move, generally, undesirable.

In light of all the above, there is a clear dissonance between sympathy for agriculture and regulation. However, the solution is not a pie in the sky, but rather a clear policy that will lead to an update of the restrictive laws. This does not mean anarchy and lawlessness, but adjusting the old statutes to a new reality.

For example, on the level of the ILA, when Israel decided it must achieve energy independence by 2020, the ILA encouraged projects in this context, so that, inter alia, the projects’ area was not entirely reduced from the acreage quota, but only by 10%. Why is it not possible to declare increasing the value chain a national priority and apply the same law to it?

Moreover, on the level of the Ministry of Agriculture & Rural Development, why not determine that cooperatives or cooperation between several communities (such as joint field crops) no longer be required to undergo the long and exhausting process of securing a permit from the competent authority, but only the shortened process?

On the National Committee for Planning and Constructions for Areas Prioritized for Residence level, why not create proper balances between the need for prioritized areas for residence and the duty to return possession of the land right now, which harms agriculture and communities’ income?

Further, the Law to Encourage Capital Investments in Agriculture from 1980 was designed to be the platform for grants and tax benefits in respect of agriculture. However, through the years, it has faded to the extent that it is almost a dead letter, as opposed to the Law to Encourage Capital Investments in Industry. Currently, there is a legal memorandum on the issue and action must be taken full steam ahead for such purposes.

In the background of all this stands a bill intended to regulate the entire breadth of the agricultural industry. Undoubtedly, this is a welcome step. However, because of its breadth, the likelihood this bill will come to fruition is low. Thus, it is time for the legislature to roll up its sleeves and place an emphasis on updating these restrictive statutes.

Through positive policy and new and creative thinking, which will connect working the land with the challenges of the 21st century, it is certainly possible to overcome the barriers of regulation, even if only partially.

Tags: Agriculture | Regulation
Enter your email for newsletter sign up: