2019 Opportunities in the Israeli Market 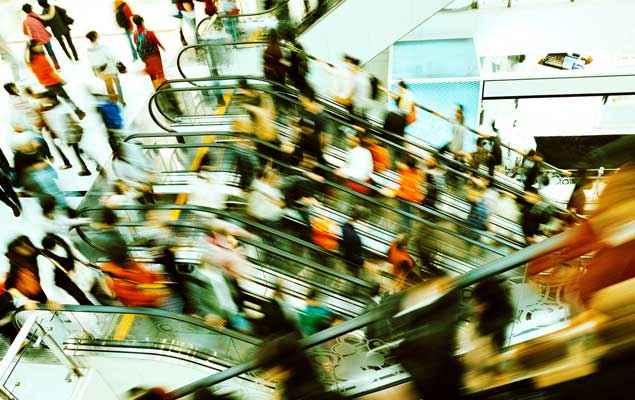 For over twenty years, and despite the many internal and external challenges unique to Israel, Israel’s economy has demonstrated continued strength, growth and stability. In 2019, Israel remains “the Start-Up Nation” and a leader of technological innovation. Thanks to its strong currency, active economy, and robust export industries, it also continues to attract noteworthy international investments.

In 2019, international interest in Israeli technology remained strong, as reflected by the large volume of investments in and acquisitions of Israel-based tech companies. The US has always led investments in Israel, and that holds true in 2019. However, Europe, China, and Japan have started catching up and numerous investments flowed from companies in these geographical areas. Companies working in cyber security, automotive technology, artificial intelligence (AI) [e.g. big data, deep learning, and Internet of Things (IOT)], and fintech are continuing to attract significant non-Israeli investments. Despite medical cannabis replacing digital currencies as the new hot trend, the demand for blockchain technologies is still high.

In Israel, innovation is everywhere and international companies are looking for opportunities all over. It is not just Tel Aviv attracting international investment; many international companies have decided to invest in the numerous working spaces, accelerators, incubators, and early-stage funds in Haifa, Herzliya, Jerusalem, the Galilee and Be’er Sheva. Major financial institutions and strategic players sponsor such developments, recognizing the potential opportunities for their own businesses.

Israel’s government consistently endeavors to work side by side with the technology ecosystem and to promote it. In this regard, regulatory changes in recent years included an amendment to the R&D Law, easing limitations on the transfer of government-sponsored technology, and new tax rules benefitting multinational companies holding intellectual property in Israel and expanding the scope of tax deferrals for corporate restructuring.

In 2017, the Israeli government published a five-year development plan to modernize its infrastructure, leading to the initiation of numerous projects. This has attracted international companies to consider Israel as a potential way to expand their activity in the electricity, gas, and transportation sectors.

The Israel Electricity Authority has been taking measures toward meeting the CO2 emission reduction and achieving the 2020 target of energy produced from renewable sources representing at least 10% of total energy consumption. In this regard, the Israel Electricity Authority issued several tenders for the construction of photovoltaic power stations, which have yielded until now the addition of 360 MW of green electricity. In 2019, two giant thermal solar power plants in Ashalim (representing an installed capacity of 252 MW) are to enter their commercial phase, enabling Israel to come closer to its 2020 target by already having 7% of energy consumption in 2019 produced from renewable sources.

The commercialization of Israel’s offshore gas fields has also seen significant developments. Following the 2016 adoption of an amended regulatory framework for the exploitation of offshore gas fields, the Delek and Noble monopoly sold of its holdings in the Karish and Tanin leases to Greek company Energean.

Following this acquisition, Energean is presently developing the Karish field, which will introduce competition to the Tamar and Leviathan fields. The Israeli government’s decision to allow the construction of an offshore open access pipeline, as part of the Karish infrastructure, is also aimed at boosting competition.

To generate more competition and enable the supply of gas from the various fields, the government is also tendering new Mediterranean oil and gas exploration concessions, and is making significant efforts to encourage new international players to submit bids for the exploration of Israel’s rich offshore subsoil. This subsoil remains for the most part still unexplored, despite the highly encouraging findings of an international study.

The investment in transportation infrastructure is focused on rail projects, including the extension of the current Jerusalem Light Rail, construction of the Tel Aviv Light Rail, and extension and modernization of Israel’s railroad network. These projects highlight the increasing presence of Chinese companies demonstrating a strong appetite for Israeli opportunities in the transportation market.

Israeli companies seeking an exit have set their sights also on IPO, in addition to M&A and private equity transactions. With the stock exchanges in Australia and Canada attracting Israeli early-stage technology companies, new IPO markets opened up for Israeli companies in 2018.

The efforts of the Tel Aviv Stock Exchange (TASE), and the easing of certain requirements introduced by the Israel Securities Authority (ISA), bore fruit in 2018, as more than 20 new companies (either local or foreign) joined TASE and the trading volumes on TASE rose. However, instability in the capital markets at the end of 2018 has had an effect on the TASE, such that in 2019 (through the end of May) only four companies have joined.

A major shift expected to be completed in 2019 is the change in the ownership structure of the TASE. Up until 2018, the TASE was mainly held by several Israeli banks. In 2018, a number of foreign investors acquired a majority stake in TASE, and an IPO of TASE’s shares is expected to be completed by the end of 2019. The ownership structure was initiated to improve the TASE’s operations, reduce trading fees, and increase trade volume.

The strong economic conditions and vibrant business climate continue to affect the local legal environment. The continuing international interest in Israeli companies, assets, and technologies; the complex infrastructure projects in planning and under construction; and the ever-complicated regulatory environment require local law firms to continue to broaden their capabilities. Although Israel has a large per-capita concentration of legal professionals, the competence required to service cross-border clients is reserved to a smaller circle of law firms, namely those with an international mind-set.