Looking for a Venture Capital Fund to Invest in You? Here’s How to Do It Right 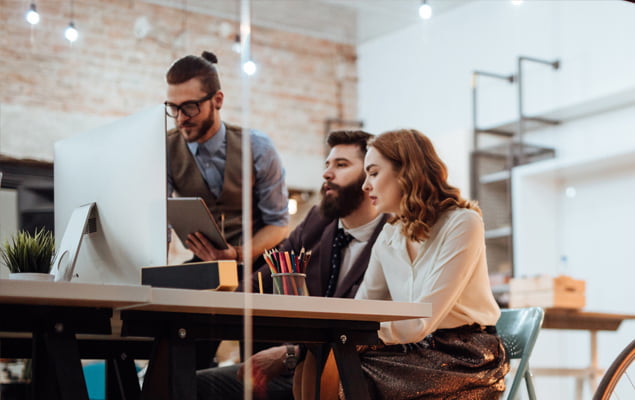 Raising capital is one of the main issues that preoccupies entrepreneurs on a daily basis. Whether you are in the initial startup stage imagining an idea that may become reality or possess an advanced product looking to make its way into the complex sales market, securing investor funding is imperative. A popular investment channel in the Israeli high-tech market is venture capital funds. These funds raise capital from institutional investors and generally invest in projects that carry a high-level risk, in anticipation of significant returns over a relatively short period of time.

The first and safest step toward creating a relevant and productive connection with a venture capital fund is performing preliminary research (due diligence) in advance. Funds differ from each other in a variety of parameters, but the most prominent identifying characteristic is at what stage of a project’s lifecycle the fund likes to invest. Some funds prefer to invest in young startups at the initial and preliminary stage, whereas other funds are interested in more mature companies who have an actual product and a real potential for activity and growth. Each stage has rules of its own and individual investment factors. Thus, the stage of your project is a fundamental and important factor that you must recognize when choosing the venture capital fund you wish to approach.

Most funds operate in many fields, including cyber, media and communications, software, mobility, fintech, and others, but certain funds only focus on a few limited fields. Reaching out to a fund that has no interest in your field may antagonize and even create the impression that both the company and its entrepreneurs are unprofessional. Therefore, you must first map out the substantive fields of the funds you wish to approach and try to find a match between the fund’s fields of operation and that of your project. Preliminary categorization of common fields of interest and identification of significant points of intersection between your project’s activity and the nature of the fund will place you in the right area.

The Scope of Investment

A common field of activity is not the only way to initiate a productive relationship. So is a fit between the size of the fund and the investment amount you wish to raise. For the most part, a fund must perform several investments each year, for a period of 8–10 years. When you intend to raise a particularly high investment amount, reaching out to a small fund is bound to fail, as it would be “wasting” all of its funds on a single project, as promising as it may be, and have no remaining funds for other investments. On the other hand, a large fund may not be tempted to make many small investments over time, as doing so would involve it repeatedly investing considerable resources. Therefore, make sure the maximum investment amount you seek fits the amounts the fund usually invests and is proportional to its size. Of course, the stage of the project directly correlates to the scope of investment and these issues usually go hand in hand.

Another aspect you must examine is the success rate of the fund’s past investments in companies with similar fields of activity to your own. No less important, you should consider what characterizes the fund’s conduct until the desired success. While some funds may seek a quick “exit,” others are interested in building a company’s value for the long term. Conducting a search for “exits” and success stories involving the fund, and examining the processes that preceded them, may predict the level of pressure that will be put on you, the investment’s period, and whether there are even prospects for success. It will also shed light on the fund’s attitude and treatment toward companies before enjoying the fruits of success.

Awareness of your competitors and scoping out the competitive environment are important aspects throughout the project’s lifecycle. These may impact the product or service’s entrance into the market, as well as its chances of raising capital. When conducting due diligence research into the fund, it is recommended to investigate which companies the fund has invested in and whether any of these companies pose direct competition or have the potential for competition. A red flag should be raised when approaching a fund that has invested in your competitor. It is possible the fund’s entire goal in meeting with you is to collect competitive information for a company it is already financing. Such a clash of conflicting interests may result not only in no returns but even cause competitive harm.

Venture capital funds usually exist for a limited period of time spanning seven to nine years. At the end of this term, each fund must return its aggregate investment amount with additional profits. Obviously, in order to realize one investment or another, the fund will sell its shares, in other words perform an “exit,” or perform an initial public offering. Know that it is possible for you to predict the likely occurrence of a fund’s “exit.” For instance, if you come across a fund in an advanced life stage, it is reasonable it expects to make an “exit” in the near future.

The process of raising capital for your project is not easy and is indeed filled with bumps and obstacles. Nevertheless, correct use of these rules and others will provide you with a pronounced advantage when meeting a venture capital fund for the first time. In-depth due diligence and preliminary research may prevent recurring, and often embarrassing, mistakes for entrepreneurs. Conducting such research effectively will increase your chances not only of succeeding in the meeting but also of accomplishing your goal.