Compliance and Ethics in Corporations 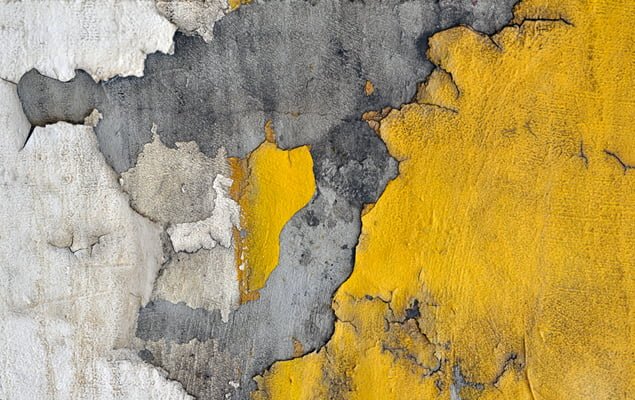 The United States has been the global leader in the enforcement of anti-bribery and anti-corruption laws for several decades. The Foreign Corrupt Practices Act (FCPA) was enacted in the United States in 1977 in order to combat the prevalent phenomenon of American companies promoting business throughout the world through bribery of foreign officials. Anti-corruption laws have developed and become more sophisticated over the years. One key characteristic is the ongoing trend of expanding the United States’ judicial powers to also extend to activities occurring outside its borders. As a result, companies that operate in the global market, that target the American market, or that merely conduct some of their activities through organizations that occasionally arrive in the United States, are exposed to American law enforcement activities.

The two American authorities mandated to enforce the FCPA are the US Department of Justice (the DOJ) and the US Securities and Exchange Commission (the SEC).

Provisions relating to the prohibition of bribery and acts of corruption – The FCPA imposes a prohibition on paying, promising, or offering to pay (or authorizing the payment of) anything of value to a foreign official(including, for example, political party, or government employee), with the objective of influencing the performance or decisions of the foreign official, or of achieving an unfair advantage in order to obtain or retain business.

To be clear, the term “anything of value” does not refer to money only, or to an expensive gift, etc., it can be anything that oversteps the customary and reasonable threshold of showing courtesy or respect during the ordinary course of business. The legal interpretation of the phrase “something of value” is quite broad, and even perks (like meals or flights), favors (like hiring relatives), or gifts at relatively modest sums, have been deemed bribes if they exceeded the customary norms under the circumstances.

Provisions relating to proper accounting – The FCPA obligates issuers to keep accurate books and records about their financial position and conduct, as well as to institute effective internal accounting controls. These provisions also impose a prohibition on individuals and businesses from knowingly falsifying a company’s books, records, accounts, and documents, or from knowingly failing to implement or circumventing the implementation of internal accounting controls. These provisions are not just limited to offenses related to preventing bribery of public officials but encompass numerous scenarios.

Generally speaking, the provisions of the FCPA apply to the following:

Issuers – Any company that has securities listed for trading in the United States or that is subject to SEC regulations and reporting obligations. In other words, a company does not have to be a US company to be deemed an “issuer” and be subject to liability for violations of FCPA provisions relating to both bribery and corruption as well as proper bookkeeping and accounting records. Furthermore, the offense does not have to be committed on American soil or by an American entity for the FCPA to apply.

Domestic Concerns – This includes any U.S. citizens, nationals, and residents (“Green Card” holders) and U.S. businesses (i.e., incorporated in the U.S. or that have their principal place of business in the United States) and their officers, directors, employees, agents, or stockholders acting on the domestic concern’s behalf; and certain foreign persons and businesses that act in furtherance of an FCPA violation while in the territory of the United States. The FCPA’s anti-bribery and anti-corruption provisions apply to any party with such an American interest.

Considering the law’s extensive jurisdiction, and the growing importance American authorities and enforcement agencies are attributing to companies’ internal compliance mechanisms, it is becoming increasingly critical to maintain effective internal enforcement programs designed to prevent violations of FCPA provisions, and even to win “credit” points that may reduce corporate culpability if any offense is committed and the company is facing prosecution.

An important example of the advantages of an effective compliance culture is the Morgan Stanley case.

The Morgan Stanley case involved serious accusations against a company executive, Garth Peterson (an American citizen), of violations of FCPA provisions relating to bribery of a foreign official. Peterson was accused of secretly purchasing real-estate assets valued at millions of dollars for himself and for a Chinese official, who, in exchange, referred customers to Morgan Stanley. Peterson pleaded guilty to the charges and signed an agreement that permanently banned him from engaging in any role in the capital market, ordered him to forfeit assets he owned valued at more than USD 250,000, and forced him to give up his holdings in the real-estate assets involved in the scandal, which were assessed at about USD 3,400,000. Nevertheless, the DOJ decided not to prosecute Morgan Stanley, Peterson’s employer, a decision based mainly based on the compliance and the system of internal controls conducted and maintained by the company, both in the ordinary course of business and in response to the discovery of Peterson’s acts. The DOJ’s April 25, 2012 press release about its decision not to prosecute Morgan Stanley explained that it took into account the following actions:

Morgan Stanley frequently provided training to its employees on its internal procedures and the relevant anti-bribery and anti-corruption laws.

Morgan Stanley conducted extensive due diligence examinations of every new business partner and audited and monitored every payment transferred to these business partners.

Morgan Stanley held frequent anti-bribery and anti-corruption briefings and effective training programs for its employees, highlighting the risks uniquely related to the company’s operations. The DOJ also emphasized that Peterson himself attended many such training sessions and took several tests in this regard every year.

Morgan Stanley conducted an internal investigation, voluntarily disclosed its findings to the DOJ and the SEC, and cooperated fully throughout their investigations.

Among the indications of effective internal enforcement programs are the management’s own conduct in compliance with the code of ethics included in its enforcement program; the existence of a code of ethics and compliance procedures; the company’s legal and compliance departments having the requisite autonomy, responsibility, and resources to supervise, monitor, and effectively implement reasonable compliance and control mechanisms; the performance of risk assessments tailored to the company’s specific activities and risks; orderly training programs; incentives and disciplinary measures; the performance of due diligence examinations of third parties and scrutiny of payments to third parties; objective internal investigations and reporting mechanisms; and constant improvements to the internal enforcement program by periodic examinations and assessments.

In the final analysis, every Israeli company that is subject to compliance with the FCPA according to the above definitions must incorporate FCPA provisions in its internal enforcement and compliance programs, both as preventive measures, such as routine training of employees on the subjects of internal enforcement procedures and FCPA compliance, and as rectification measures if a possible violation of the law is detected. The clear advantages of inculcating an enforcement and compliance culture are expressed not only in routine times, but also in times of crisis, and they can “tip the balance” and make all the difference, as occurred in the Morgan Stanley case.

The DOJ’s website contains a very useful resource guidebook on the FCPA and its compliance and enforcement procedures. Click here.