The Israeli Payment Market Is Lagging Behind 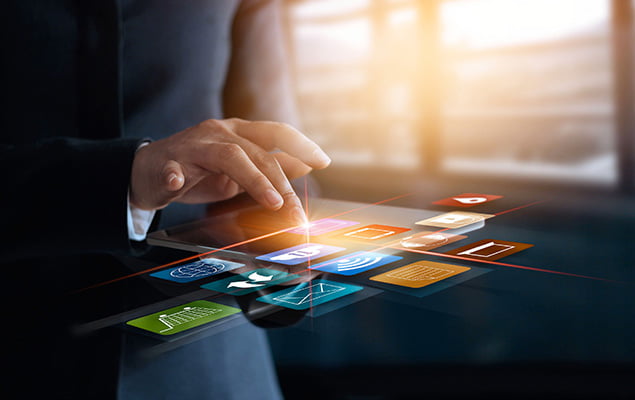 The payment market in Israel and around the world is marching toward revolution: Facebook announced the launch of its digital currency, the Libra; Le’umi Bank entered into agreements with 400 businesses for acceptance of payments using Pepper Pay; and the payment apps Bit, Pepper Pay, and Paybox are seeking to replace credit cards at the SuperPharm. Now, the payment market awaits a decision by the Governor of the Bank of Israel establishing clear competition rules between the banks (which own the payment apps) and the credit card companies.

Still, Israel lags far behind compared to the rest of the world, and the rate of adopting innovation in the field of payment services is very slow.

The greatest challenge for players in the Israeli market is quickly bridging the gap between the technologies available in the payments world and those offered and operating in the Israeli market. While around the world payments without any card at all are already discussed, and use of NFC technology is already widely available, even in spaces like public transport, in Israel the EMV standard has yet to be implemented. The EMV standard is the verification of a transaction by use of the cardholder’s PIN code in the business’s POS terminal. The implementation of this standard is a vital first step in the transition to smarter credit cards and methods, based on chips rather than magnetic stripes. Without the implementation of the EMV standard, it is impossible to progress to newer and advanced technologies.

Currently, political conditions, too, have halted the amendment of the Regulated Financial Services Law, which was designed to regulate the licensing process for entities seeking to offer alternative payment services. This leaves the field to the regulators who, through a series of bold decisions, could remove some of the barriers without the amendment to the law.

The main regulator in the market is the Bank of Israel, which supervises banks and acquirers. Its central supervisory consideration is the stability of the financial system. In the name of stability, the bar for entry to the market is high. Thus, in effect, while five bodies hold an acquiring license, only three of them have any actual presence in Israeli commercial life. The result is a centralized market rather than a competitive one.

In the midst of all this, the Supervisor of Banks recently published a letter to banks and acquirers, calling upon them to adopt new technologies, inter alia, by cooperating with startup companies in the field. The Supervisor asked the banks’ board committees, which engage in technological innovation, to reflect this request in their work.

What the letter lacks, and should have included, is a commitment to opening access to the system from without, as was determined by the Strum Committee. Thus, the letter increases concerns that banks will “swallow” the technology, only to increase the market centralization the Strum Committee aimed to reduce.

This means there will be little competition in the industry, while competition between the same number of strong financial institutions is preserved.

These are also the arguments at the basis for the objection to the expansion of payment services offered to businesses by Pepper, Bit, and Paybox. These companies, which are held by the banks, will effectively control the market and not leave room for independent companies.

Naturally, the primary opponents to this expansion of payment apps are Max, which recently separated from Le’umi Bank, and Isracard, which is in the process of separation from HaPo’alim Bank. Up against them are small business owners who must offer solutions for electronic payments, due to, among other reasons, the law prohibiting the use of cash, but who also face high fees from the acquiring companies.

In light of this, many place their hopes in international corporations, such as Google and Apple, which already offer payment services around the world, and perhaps in Facebook’s new currency. However, it is doubtful that expanding dependence on these corporations is the move that will save the Israeli payment market.

Therefore, the solution chosen must allow for payments that are not dependent on an acquirer and leave space for the growth of new companies. The Capital Market Authority must expedite the process for licensing companies in the field; improve cooperation with the Supervisor of Banks, in order to remove the obstacles created by the banks; prevent the banks from dissipating the technological interface whose establishment was required by the Strum Law in order to transfer the ownership of financial information to the hands of people instead of banks; and, finally, establish the regulatory sandbox promised by the Bank of Israel, in order to facilitate bottom-up competition.