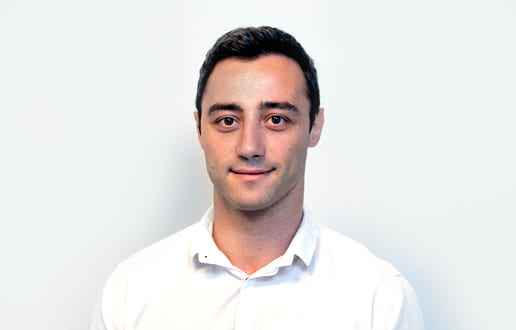 Michael specializes in representing companies and individuals in a variety of cases and on a wide range of matters in the field of civil-commercial litigation.

Adv. Michael Dubin represents his clients in all types of legal proceedings before the various courts including arbitration, mediation, and negotiation. He provides legal advice in insolvency proceedings and in various monetary claims, as well as on matters related to contract and corporate law, administrative law, and real estate law.

Michael joined Barnea in 2018. Prior to joining, Michael worked in leading law firms and served as a reporter and editor on a financial portal. There he gained extensive knowledge in the field, analyzing shares and bonds for a series of public companies.

Member of Israel Bar Association since 2012

In an important ruling recently handed down, the Tel Aviv District Court rejected a NIS 120 million lawsuit filed by Habas Group against the company's managers. Judge Kabub's ruling constitutes an initial interpretation of a new section of the the Insolvency and Rehabilitation Law, which deals with the degree of responsibility that can be attributed to managers when the company they run becomes insolvent. Advs. Eyal Nachshon and Michael Dubin analyze the ruling in an article published by Calcalist.

Our firm is representing a Canadian citizen in a NIS 5 million lawsuit against Moshe Hogeg, a well-known Israeli entrepreneur in the crypto field. Our client claims the funds raised by Hogeg’s company Stox were used by the defendants for their own personal purposes, and that the defendants violated their obligations to investors.

The Tel Aviv Economic Court allowed the actor Yehuda Levy to join Shaham, the largest actors' organization in Israel, and a group of fellow artists in their legal dispute with the management of Eshkolot. Advs. Zohar Lande, Hadar Israeli, Eyal Nachshon, and Michael Dubin are representing Shaham and the artists.

See all news of Michael Dubin >