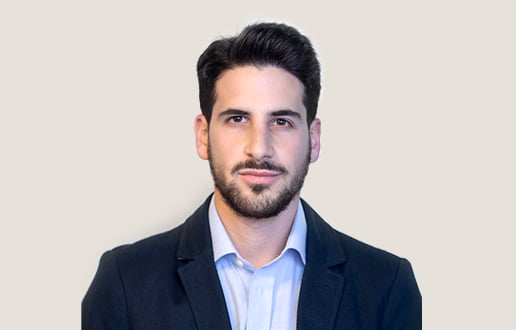 Dor represents both local and foreign private companies, particularly in the course of commercial transactions.

Dor accompanies private and publicly traded companies, high-tech companies, and entrepreneurs and investors in Israel and abroad in a wide range of activities, including private equity financing, capital raising, mergers and acquisitions, and other commercial transactions.

Dor serves as a teaching assistant in courses on securities law and fiduciary law at IDC Herzliya.

Dor completed his internship at Barnea.

Member of Israel Bar Association since 2020

About a year and a half after the investment fund Accelmed, which is managed by Uri Geiger, announced the merger of the company it controls, American Keystone Group, with the Israeli Paltop company, controlled by Shmuel Topaz, it is now acquiring the entire holdings in Paltop for NIS 100 million. This ends the conflict between the investor groups of Paltop and Accelmed. Advs. Daniel Lorber, Netta Bromberg, Harel Perlmutter and Dor Marinovsky represented the Topaz family and the Paltop investors.

A new, welcome initiative by the Israel Patent Office intends to allow entrepreneurs, through a preliminary and fast-tracked process, to submit an application for the provisional registration of a patent. This is a significant step, which could revolutionize entrepreneurial innovation in Israel and make it easier on many Israelis who wish to protect future patents. In the course of the fast-track process, the application is not considered for a year, and applicants are able to set an early submission date for the patent's registration.

See all news of Dor Marinovsky >