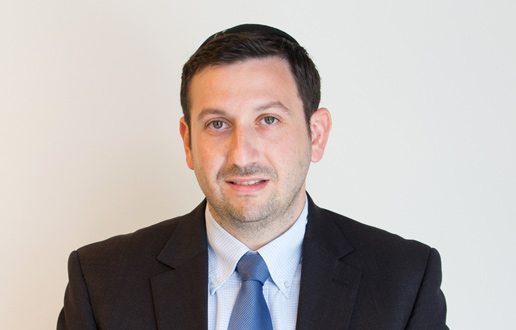 Harel specializes in advising clients across the entire spectrum of tax issues, including international taxation, as well as corporate tax, transfer prices, taxation of individuals, real-estate tax and indirect taxes.

Harel is the Israeli author and correspondent of the International Bureau of Fiscal Documentation (IBFD).

Harel is a member of the Israel Bar Association’s tax committee.

Before joining Barnea, Harel worked in the tax departments of leading law firms and worked as a teaching assistant at Bar-Ilan University for BA and MA courses in real-estate taxation..

Member of Israel Bar Association since 2010

Harel Perlmutter, the head of our Tax Department, has published an op-ed in Globes on the importance of recognizing childcare expenses for tax purposes, particularly now during the coronavirus period.

Haifa District Court: Repurchasing of Shares Is Not a Tax Event for Remaining Shareholders

In a bold step, the Haifa District Court rejected the Israel Tax Authority’s position on a company’s repurchasing of shares, and in effect split with a ruling of the Tel Aviv District Court, who considered a similar issue several years ago.

About a year and a half after the investment fund Accelmed, which is managed by Uri Geiger, announced the merger of the company it controls, American Keystone Group, with the Israeli Paltop company, controlled by Shmuel Topaz, it is now acquiring the entire holdings in Paltop for NIS 100 million. This ends the conflict between the investor groups of Paltop and Accelmed. Advs. Daniel Lorber, Netta Bromberg, Harel Perlmutter and Dor Marinovsky represented the Topaz family and the Paltop investors.

See all news of Harel Perlmutter >