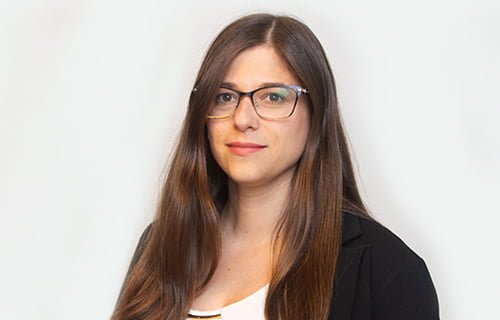 Gal, a Partner in the Litigation Department, specialize in representing clients in complex commercial and business litigation.

Gal’s legal advice includes formulating a legal strategy that is tailored to the client’s needs, and representing the client in all judicial instances, both in courts and during arbitration and mediation proceedings.

Member of Israel Bar Association since 2010

The Majdi Halabi Affair: The State Is Not above the Law

Adv. Gal Livshits, a partner in our Litigation Department, published an op-ed in Calcalist on the State's attempt to evade payment of a reward to the finders of the body of missing soldier Majdi Halabi following the Supreme Court's ruling that it is obligated to pay.

Do you sell, market, or distribute someone else’s goods in Israel? Your role, whether as a distributor or as an agent, affects the rights you are entitled to by law.

If you act as a commercial agent and not as a distributor, the statutory provisions that protect commercial agents upon severance of agency relations apply to you (in addition to the provisions of contract law that apply to all contractual engagements).

Distributor or Agent – What Am I Actually?

A distributor is a party that purchases goods from a supplier and distributes them in the territory he was granted the contractual right to distribute such goods.

A commercial agent is a party that focuses on locating customers or activities, with the goal of achieving a signed contract between such customers and the supplier for the purchase of goods or services the supplier provides.

The agency agreement between the supplier and the agent empowers the agent to find new customers or to achieve additional engagements with existing customers for the purchase of goods or services the supplier provides. The agreement also stipulates the consideration the agent is entitled to receive. This consideration is usually a commission at a particular percentage of the value of those transactions for which the agent was the effective cause in their consummation.

Which Law Applies to Me?

A distributor and an agent both operate under a contractual engagement with a supplier, and general contract laws apply to them. Many distributors and agents operating in Israel provide services to foreign entities that engage with distributors and agents throughout the world. In these instances, the distribution or agency contracts are usually drafted by the foreign entities. Hence, these contracts often stipulate that the engagement between the parties is subject to foreign countries' laws.

However, a specific law applies to an agent operating in Israel – the Agency Contract Law (Commercial Agent and Supplier), 5772 – 2012. The purpose of this law is to protect the rights of commercial agents who are working to build a market and a reputation for a supplier, should an agency agreement be terminated. This is to ensure that commercial agents are not deprived of fair remuneration for their activities and for the profits suppliers are expected to glean from those activities if the agency contract is terminated.

It is important to mention that the parties may not stipulate conditions for the application of provisions of the Agency Contract Law to the detriment of the agent, but only to its benefit.

As you can see, the classification of the type of work you do is important for the purpose of determining which laws apply to your occupation, since commercial agents receive broader protection under the law than distributors. If your status as a distributor or agent is questioned in court, the wording of the agreement you signed and the type of work you performed will be analyzed.

Therefore, it is advisable to devote time and thought to the wording of agreements in which your activities are defined, in a way that accurately reflects the nature of your activities, whether as a distributor or as an agent.

A recently promulgated memorandum of law to amend judicial procedures proposes to add the possibility of filing claims against foreign entities in Israel for damage they caused in Israel as a result of acts or omissions performed outside of Israel.

See all news of Gal Livshits >