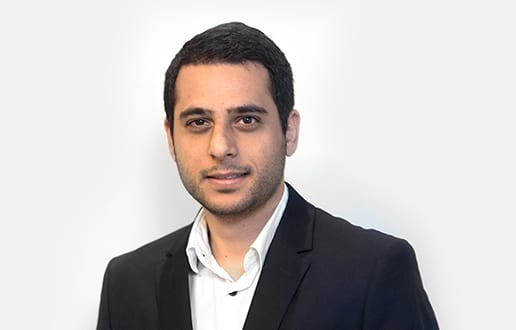 Alon is an associate in the Capital Markets Department, where he represents public and private companies from Israel and abroad on raising capital and debt, stock issuances, investment transactions, and financing.

In addition, Alon specializes in representing crowdfunding intermediaries and fintech companies in licensing proceedings with the Israel Securities Authority and the Capital Market Insurance and Savings Authority. He provides ongoing representation also after receipt of the license.

Prior to joining Barnea, Alon worked in a leading law firm that specializes in capital markets, financial regulation, and commercial law.

Member of Israel Bar Association since 2014

The Israel Securities Authority revised its previous position and announced that in light of the exceptional circumstances, reporting corporations may submit their 2019 periodic reports until April 30, 2020.

How Does Fundraising through Crowdfunding Work?

Since December 2017, companies have been allowed to raise funds from the public in consideration for the sale of stocks or bonds. The idea at the base of this model is raising small sums of money from an unlimited number of investors without a prospectus.

The fundraising is done through a “proposal coordinator,” a body supervised by the Israel Securities Authority. The coordinator is charged with coordinating all the campaigns on the internet platform it operates, performing various examinations of the campaigns posted on the platform, and taking certain precautions to ensure the campaigns comply with the law. This is in order to prevent any instances of fraud in crowdfunding campaigns.

A campaign is open for a certain period of time. If the company succeeds in raising the minimal sum set by the expiration date, the proposal coordinator will transfer the money to the company. In turn, the company will allocate the stocks or bonds to the investors. If the minimum sum is not raised, the money will be refunded to investors.

Who May Raise Funds through Crowdfunding?

Any corporation incorporated in Israel that is not a reporting corporation and that has not offered securities via a prospectus in Israel or any other country may raise funds via crowdfunding.

Are There Restrictions on Sums Raised through Crowdfunding?

It is permitted to raise up to NIS 4 million over a period of 12 consecutive months.

If a "leading investor" participates in the campaign, or the fundraising company receives an audit report from the Israel Innovation Authority or the Small and Medium Businesses Agency, the maximum sum permitted to be raised increases to NIS 5 million. If the company receives an audit report and a leading investor participates, the maximum sum increases to NIS 6 million.

Who Is a Leading Investor?

How Does Life Look after a Fundraising Campaign?

Is Crowdfunding Appropriate for Any Company?

Crowdfunding is a simple and easy tool, which allows unparalleled exposure for companies engaged in various businesses. The investing public becomes a partner in the company's success and each investor becomes "an ambassador" for the company and its business.

In addition, it is important to remember that these are small investors, who generally do not hold influence over decisions or management of the company, as opposed to institutional or sophisticated investors, such as venture capital funds, which in many cases are granted influence over company decisions and management in return for their investments, through the appointment of directors or holding veto rights on significant matters.

However, alongside these advantages, in light of the relatively small sums that may be raised through crowdfunding, this channel for fundraising best fits small companies in their early stages who are struggling to raise initial capital, as opposed to bigger companies who generally require higher sums.

What to Note When Selecting a Proposal Coordinator?

See all news of Alon Anava >